North Star Ice Equipment Corporation won the contract to provide industrial concrete cooling equipment for one of the largest and important engineering works ever undertaken – the expansion of the Panama Canal through the construction of a new set of locks. The contract was awarded by GUPC, the consortium in charge of designing and building the new set of locks as part of the Panama Canal Expansion Project. The project will create a new lane of traffic and double the canal's capacity. 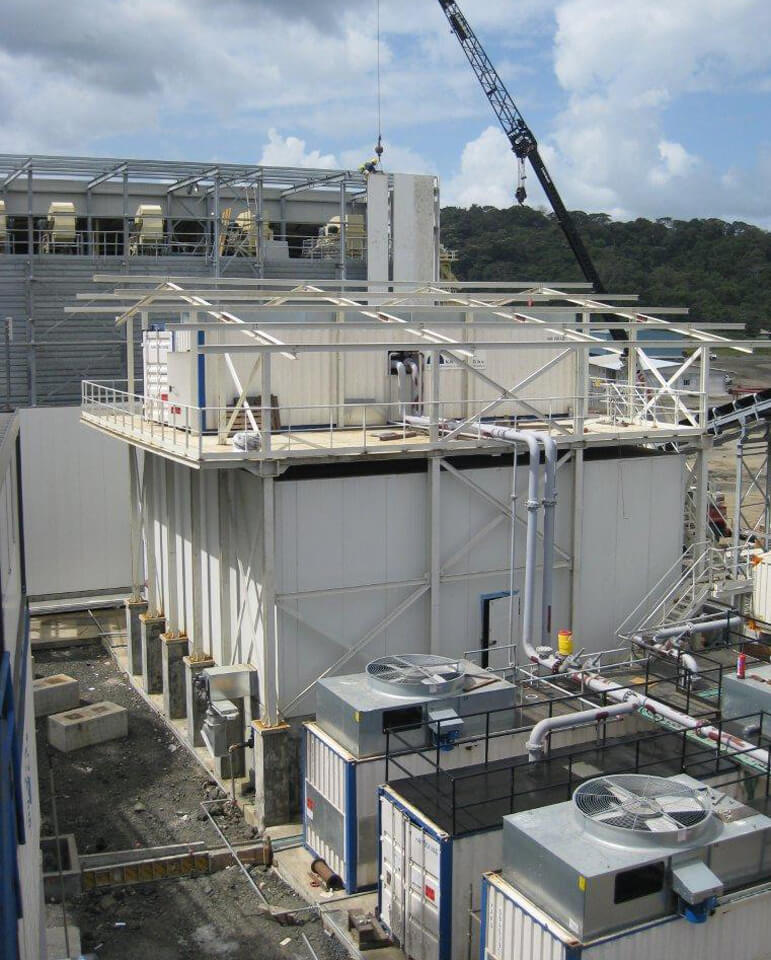 North Star, partnered with N.R. Koeling, will supply two large ice plants to provide flake ice for the concrete batching and mixing process, one on the Atlantic Ocean side of the Panama Canal and one on the Pacific side. N.R. Koeling’s highly sophisticated concrete cooling system will include a wet belt cooling system, an ice making and delivery plant, a sand cooling plant, a chilled water plant and an air blast cooling system.

The industrial ice making, handling and storage equipment in the plant is supplied by North Star Ice Equipment. This includes 12 of North Star’s largest flake ice makers, 4 of North Star modular ice rakes, and 8 buffer tanks, which will be used to meter the ice for each batch of concrete.

Flake ice is an essential ingredient in making over 5 million cubic meters of concrete necessary for the construction project.

The Panama Canal Expansion involves the construction of a third set of canal locks, which will enable the Canal to handle twice the commercial traffic it handles today. In addition, the expansion will allow the Canal to accommodate larger “Post Panamax” container vessels, which are now being built. The project includes the construction of two new lock facilities– one on the Atlantic side and another on the Pacific side – each with three chambers and three water reutilization basins; the excavation of new access channels to the new locks and the widening of existing navigational channels; and, the deepening of the navigation channels and the elevation of Gatun Lake’s maximum operating level.

For over a half century, North Star has supplied some of the largest flake ice plants in the world for concrete construction projects, including the Itaipu Dam in Brazil and other large dams and nuclear power plants on six continents. In addition, the company serves a wide variety of industries around the world that use large volumes of flake ice in their manufacturing processes. Ice equipment designed and manufactured by North Star is currently operating in more than 130 countries. The North Star line of industrial ice equipment includes flake ice machines, liquid ice machines, automatic ice rakes and storage systems, containerized ice rakes and ice plants, screw conveying systems, pneumatic ice delivery systems, and auxiliary ice equipment and accessories.

We ship and install
equipment worldwide